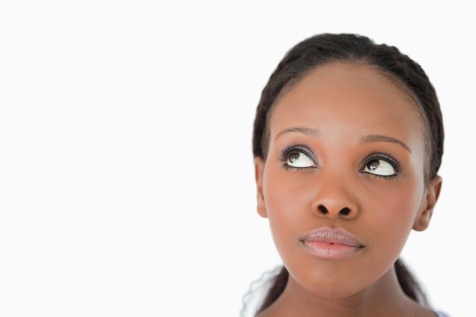 In my previous post, I mentioned that I wanted to do things to push myself out of my comfort zone. I had planned to see SWV and CeCe Peniston at the Shrine on Friday June 7th. The thought of going to a club already made me nervous (I’d been to a few clubs with my ex and a friend of mine), but I was determined to go, dance like crazy, and think, “Yeah, I may look goofy, but I’m having fun!” I’d already chosen an outfit to wear and even worked an earlier shift Friday morning so I could relax and mentally prepare myself for that evening.

On Friday morning, something was wrong. My stomach was feeling funny and I had gone to the bathroom several times. When I left work, I didn’t feel any better. My body was starting to feel weak and worn down. When I got home, I took a nap, hoping I’d feel better in a few hours, but I didn’t. My body ached and felt hot and cold. I decided to stay home because I knew I wouldn’t be able to enjoy the show if I felt sick. It’s funny because although I was disappointed about missing the concert, the first thought that came to my mind was, “Maybe it’s not meant for me to go tonight.” So for the rest of the evening, all I did was lie in bed and sleep.

When Saturday rolled around, I felt slightly better (my body wasn’t aching), but my lower back was killing me and my stomach still felt weird. I couldn’t even stand up straight; all I could do was walk around slightly bent over. It didn’t make sense for me to go to work if I was walking around like the Hunchback of Notre Dame. I went to a Walgreen’s Care Clinic and bought Ibuprofen and a couple of bottles of Gatorade after taking to pharmacist who told me my symptoms sounded like a stomach virus with a touch of food poisoning. Unfortunately, I’d just have to cancel my weekend plans and let the illness run its course.

I started feeling better Saturday evening and felt much better on Sunday; however, I decided to stay home on Sunday to continue to rest.

I wasn’t happy about this illness ruining my entire weekend.  But then I remembered something else that happened—a few days before the concert, I was lying in bed and had a premonition: I was driving at night; a dark car came from my left and was about to hit me, but it hit a gold car in front of me.  I thought the vision was saying that I’d be fine and nothing was going to happen to me. I wasn’t sure if this was going to occur the night of the concert or on another night. It’s really strange how I got sick the night of the show, and I’ve never been this sick (feeling so lousy where I just didn’t feel like going anywhere or doing anything). If I hadn’t been sick, I definitely would’ve went to the concert; maybe I would’ve gotten killed or seriously hurt in an accident.

When I was a kid, I’d hear people say, “Everything happens for reason” quite often, but I never understood what it meant until I became older. Now I don’t have premonitions frequently, but the few that I’ve had always come true. I do believe in the supernatural; there are so many things that have occurred in my life that just can’t be explained. I believe that God was showing me what would’ve happened to me and my illness prevented me from being seriously injured or killed.

So what have I learned from all this?

1) Make good use of your time. I wanted to do so many things when I was sick but I just didn’t have the energy. Before I got sick, there were things I needed to do but I’d always put them off, saying I never had the time, which wasn’t true. I just needed to make the time.

2) Your health comes first. I love both of my jobs and I enjoy going to work everyday and working with students. But when I got sick, I knew I wasn’t going to be much help if I was slumped over in my chair, writhing in pain.

3) Appreciate God’s Protection. God will allow certain things to occur to save your life or prevent you from making a mistake. He’ll also speak to you or you may just get a strong urge to do or not do something.  Also, sometimes things will happen to prevent you from being at the wrong place at the wrong time (a traffic jam, car trouble, etc.).